It's an Easy Choice! 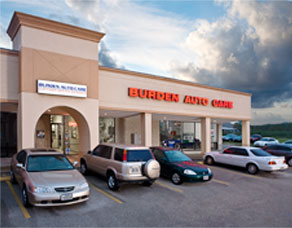 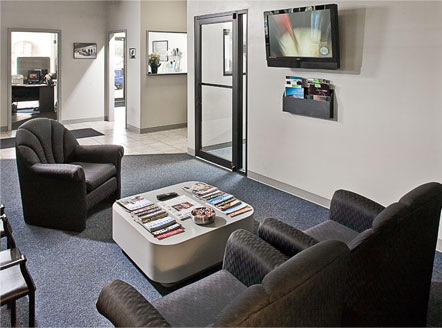 We believe Honda owners come to us because we have a reputation of knowing Honda systems forwards and backwards. They know that the person working on their vehicle is highly qualified, and that only genuine parts will be installed.

Quality work is what you expect and that's what we provide. Our state-of-the-art equipment, along with the very best Mechanical Technicians, Service Advisors and Parts team, underscore our commitment to quality.

Burden Auto Care maintains a complete service record of your vehicle, which besides minimizing costs associated with future maintenance and repairs, can also increase the resale or trade-in value of your vehicle.

Our routine maintenance, as well as, minor, intermediate and major services by Certified Honda Technicians give you that peace of mind, knowing that your repairs are done correctly and as you expect.

Most services are completed in one day, and have a 3 year/36,000 mile warranty.

Our state-of-the-art equipment, along with the very best Mechanical Technicians, Service Advisors and Parts team, underscore our commitment to quality.

In March 1999, Bryan and Lisa Burden established a service center operation exclusively working on Honda and Acura models. Located in north suburban Houston, TX, the shop prospered thanks to Bryan's many years of prior experience as a Honda master technician at a large dealership. By focusing on customer service and quality work at competitive prices, repeat business from satisfied customers grew at a steady pace. Over time a second and then a third master technician joined the staff of Burden Auto Care.

In January of 2014, the Burdens stepped away from the business so that Bryan could spend more quality time with Lisa during her illness. And in 2015, Bryan actively rejoined the Burden Auto Care.

In the spring of 2020, Tim Swafford and Bryan, after a 30-year friendship started discussing going into business together. Tim began his career at David McDavid in Irving, Texas in 1978. He started as a line mechanic and worked there until he moved to Houston in April 1984. After moving to Houston, he took a job at John Eagle Honda as a Service Manager.

While there Tim and Bryan became fast friends. Tim held many positions that built his knowledge of the Honda industry. He worked at John Eagle Honda and John Eagle Acura until 1995 at which time he went to work at Spring Branch Honda. Again, he held several different positions until July 2020.

With each bringing their own expertise and experiences, they knew they had a winning combination and that this dream would become a reality.

You can also email us to
schedule an appointment.